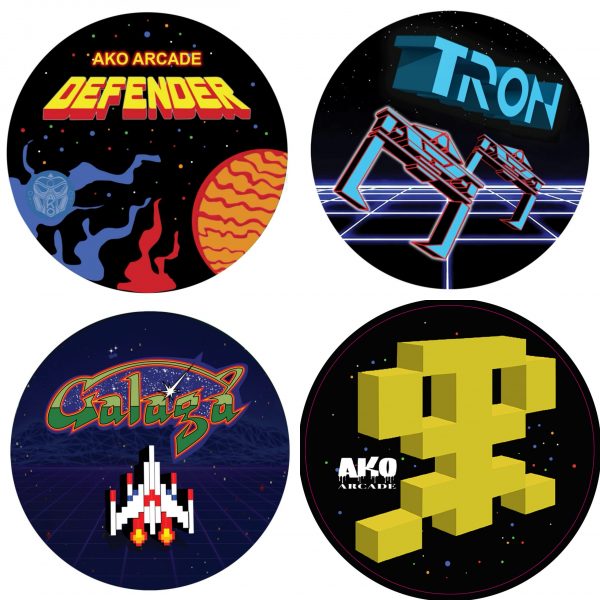 AKO150 Arcade 007
Brings you two retrospective tracks foe Enjoy and Specialist X.
Bringing new skool but giving a nod to the oldskool jungle sound.
We hope you enjoy these special plates as much as we have been.

AKO150 Arcade 008
Tek 9 and Stretch vip of chalice was always on the list to be released if the dats were located due to the high requests from people to AKO. The amen dubplate version of Chalice was previously only given and played by Kenny Ken, Brockie, Nicky Blackmarket and Stretch himself as a thank you to the support of the original 1995 mix. Gal ah Worry was only given to Kenny Ken as a special and of course Stretch which used breaks and a heavyweight subs that comes in with a ragga vocal and some rare groove. One for the Wednesday night Samantha’s crew!!

AKO150 Arcade 009
We are please to release some music that only Stretch had on dub from the mighty Tom and Jerry camp.
Both Bring ya Dub and Dub Wars are for the true jungle fan. Originally made in 95′ and exclusive to Stretches jungle dub collection. Is now available to everyone and you won’t be disappointed.

Records will be dispatched within 2/3 days

Please note that due to the fraudulent activity we can only deliver to the delivery address that you enter in our checkout. This is the one you enter and not your PayPal address. All UK records will be sent via a tracked or signed for service.