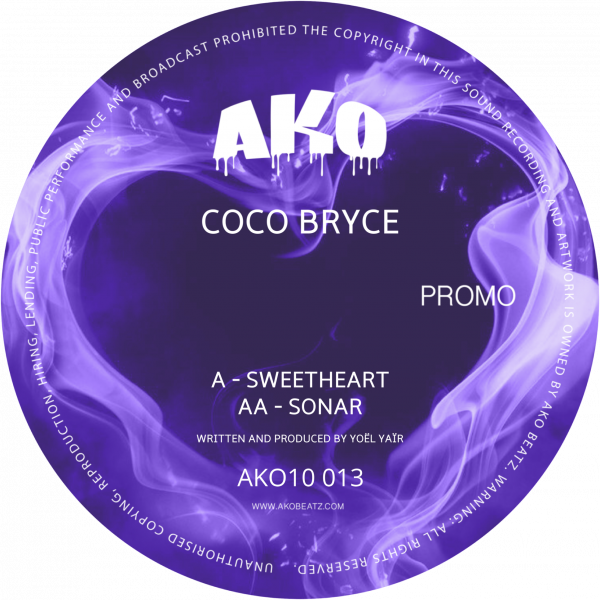 This is a purple and white marble edition vinyl.